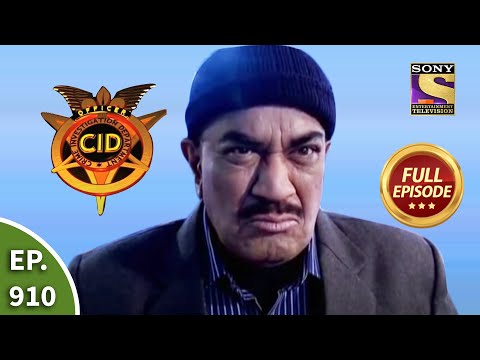 Episode 910: A Virus To Research Center.
———————–
The CID team is given the responsibility to transport a biological weapon – a virus – to a research center. But, when the convoy is en route, it is attacked by an unidentified group. Abhijeet finds Daya and Nikhil lying injured on the road. While they manage to escape with little injuries, the virus is nowhere to be found. Raghu, who attacked Daya and Niklhil, informs that he does not know the identity of the man who promised him money for attacking the convoy. ACP Pradyuman suspects the involvement of two groups: one that attacked the research lab and the other which attacked Daya. Trailing the suspects, the CID team reaches a coffee shop, where they identify the culprits with the help of the CCTV footage. Daya finds the tattoo on the arm of one of the suspects quite familiar and establishes the identity of the suspect. The team decides to disguise themselves as buyers and reaches the hideout where the virus is being sold to potential buyers. Later, ACP Pradyuman figures out that the terrorists have planted the virus in the same building. How will CID save the lives of the millions?

About The Show:
—————————-
The first thrilling investigative series on Indian Television is today one of the most popular shows on Sony Entertainment Television. Dramatic and absolutely unpredictable, C.I.D. has captivated viewers over the last eleven years and continues to keep audiences glued to their television sets with its thrilling plots and excitement. Also interwoven in its fast-paced plots are the personal challenges that the C.I.D. the team faces with non-stop adventure, tremendous pressure, and risk, all in the name of duty.
The series consists of hard-core police procedural stories dealing with investigation, detection, and suspense. The protagonists of the serial are an elite group of police officers belonging to the Crime Investigation Department of the police force, led by ACP Pradyuman [played by the dynamic Shivaji Satam]. While the stories are plausible, there is an emphasis on dramatic plotting and technical complexities faced by the police. At every stage, the plot throws up intriguing twists and turns to keep the officers on the move as they track criminals, led by the smallest of clues.